This summer season regular concert series was the third large-scale regular cultural concert held by Incheon Airport this year. The performances offered passengers a musical journey that stops travelers’ time in the airport.

On July 24, a classical concert was performed, under the theme “Drawing Motion Pictures with Music.” The opening performance was a mix of music and painting, delivered by a painter Kim Mul-gil. Son Seong-Don, a musical director and conductor who performs around Asia, collaborated with the Millennium Symphony Orchestra. The musical inspiration was set to peak with the appearance of Sonya, a musical theater actress.

July 25 was the day of musical concert, whose theme was “Time Flowing as a Scent.” The singer and musical actress IVY presented unique interpretations of the musical pieces such as Chicago, Jekyll & Hyde, and Aladdin with Dream Music Ensemble.

On July 26, a ballad concert was put on under the theme “This Moment, with Love.” Starring in the show were Lyn, a singer with an emotional style that moves hearts, and Kim Yong-jin, a vocalist whose skills were recognized in various singing competition programs.

The concert series was held for three days at the Millennium Hall on the first floor of Incheon Airport Terminal 1. On each day, the performances were held for one hour beginning at 4:00 PM. 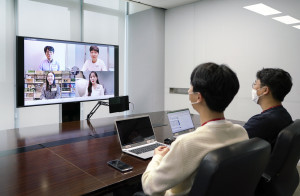